Happy Halloween! To celebrate this holiday which has been celebrated in Orlando for about 3 months now, we’re going to dive into a tour that Universal offers of Halloween Horror Nights. Now as I have made blatantly clear, I’m a giant wuss who hates being scared. But I LOVE production design. So the Halloween Horror Nights: Unmasking the Horror Tour is something that is partially up my alley. How did I like it? Well, like my 7th grade English teacher told me when I was talking in class one day, shut up and keep reading.

Now I should preface that every tour is different. Several things like set touch ups or other reasons prevent a set list of “You Will Go Inside These Houses.” However from what I have seen, you will always go in Stranger Things because it’s great and you won’t go in Blumhouse because it’s terrible (my tour guide hinted at it). There are also some parts of the houses with no pictures allowed to help save some scares and to protect Universal from having some effects shown (totally understand and I didn’t even try to sneak one). So what did MY tour entail?

This was the house I was most excited to seeing. I’m a bigly fan of the show so I was excited to see the show transformed into a house. Located in the largest soundstage, Big is the work I would use to describe it. There were several massive set pieces and it accurately captures the look and feel of the show perfectly. Scare wise, it’s got some good ones with about 20 some odd demigorgons chasing you and popping out of anything. This seems like a house that was made for the fans and not one that is heavy on scares, but still great to look at with recreations of iconic moments.

Originally I put this as my number 2 house I didn’t want to go in. After doing this, it is number 1 by a country mile. Even with the lights on, I got a scare from a giant clown head. So this house was different from most other adaptations is that is a house that is more an interpretation of the movie events and how Universal Creative viewed certain things happening that the movie doesn’t show. Like going to the other side. Spoiler alert, it’s scary. Visually the house is great with a lot of force perspective and practical effects to make everything come together. Scare wise, there too many to name because it seems like every other second they want to scare you. This house is also the only one where I saw a defined walk path caused from people dragging their feet. 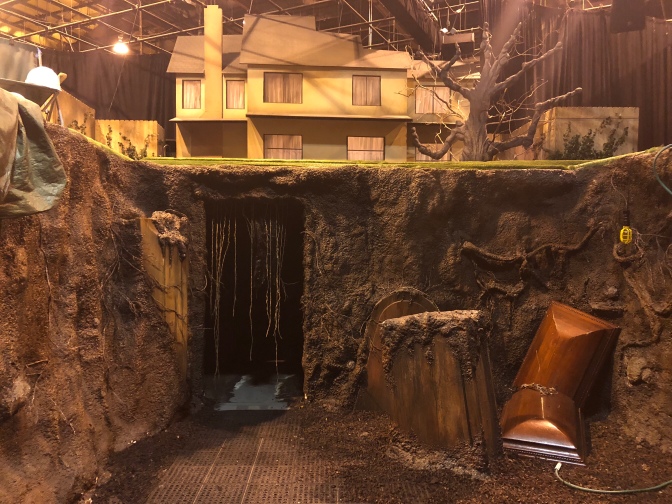 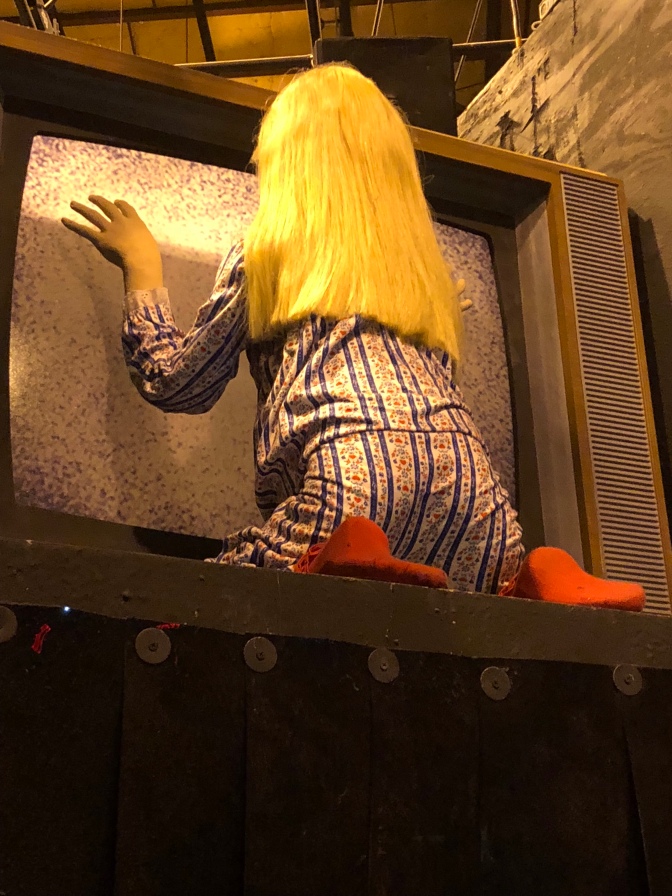 A lot less clowns than I expected. Also a much bigger house than I expected. This house is filled with references and tributes to past Horror Nights and Universal attractions (great for a house which is dark and you can’t see much). But the amount of detail to make a dilapidated carnival where everyone wants to kill you is amazing! It’s a house that also has some crazy scares and some really cool stunt positions. This was actually my favorite house that I ended up walking through.

Walking through this house actually made me want to buy the movie and see it (it gets here today, ON HALLOWEEN!). This house is a more small and intimate house that takes you through the anthology movie highlighting all the great scenes. Sam is also in every single scene in some way or another. While lighter on scares, it is instead focused on creating atmosphere. It’s a quaint little house that packs a lot to offer. 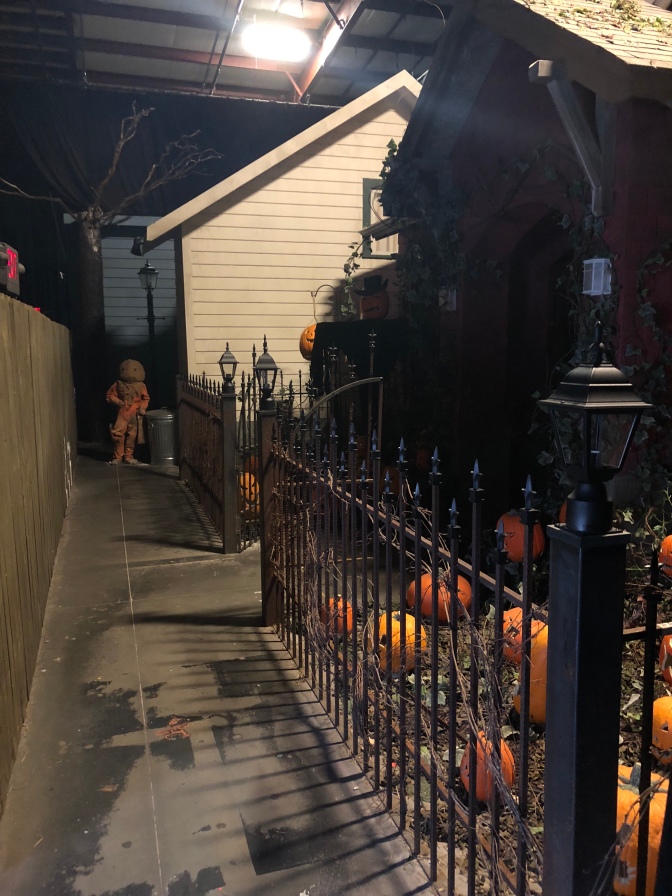 Plants! In Arizona! Similar to Trick R Treat, this is a house that is focused on the environment. It’s such a cool concept that I’m glad it took this route. There were also some cool nods to previous Horror Night events and some fun gags. I could say, “There’s too much green,” as a complaint. But even though it was one idea, it never felt old. They always found new and creative ways to make plants scary and interesting. Heads up though, this house uses water to scare you, and lots of it. So pack a poncho and walk through this eye candy marvel. 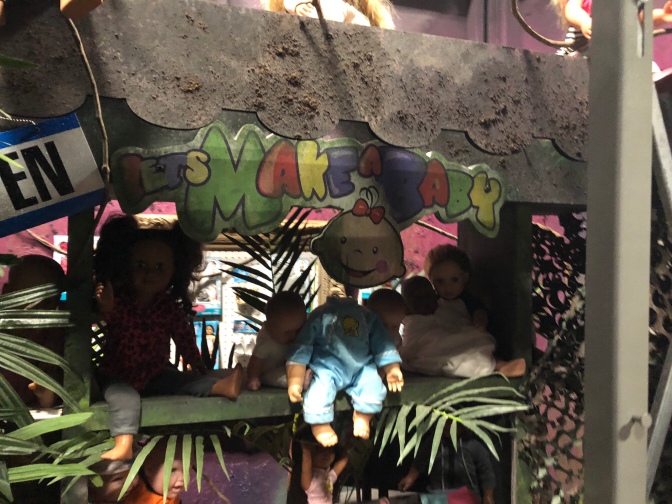 Scary Tales: Deadly Ever After

It’s back, demented works of fiction! This house was probably the most grandiose, with absolutely large set pieces and the biggest entrance to the house with a massive castle and flying witch! This house has good guys going bad or bad guys going more murdery. If the house doesn’t have big large sets, it has tight corridors and mirror mazes to scare you more intimately. Overall, it’s a wonderful house that provides scares from all angles and catches you off guard at the very end. @HHNBear is back! 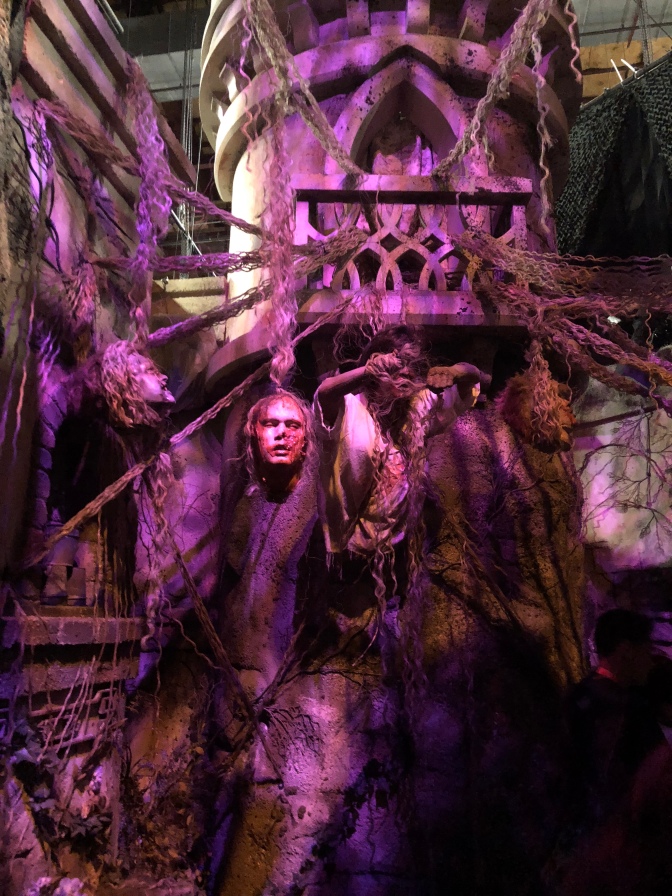 And that was my tour. It was amazing to walk through 60% of the Horror Nights houses with the lights on and an amazing tour guide explaining all the details, creative choices and history. It’s honestly the best theme park tour I have ever done. I highly recommend that everyone do it. The best part is that every year it changes, so this may end up being a yearly tradition for me.

So have a safe Halloween and enjoy yourselves! And remember: always keep the Halloween spirit alive on Halloween or a small demon child will murder you with a lollipop and display your corpse like a scarecrow.

Theme park blog run by someone who enjoys theme parks, attractions and comedy. Thoughts and musings are that of the individual and not any company. View all posts by The Churro

One thought on “Halloween Horror Nights Unmasking the Horror Review”